Stress analysis is an engineering discipline that uses many methods to determine the stresses and strains in materials and structures subjected to forces. In continuum mechanics, stress is a physical quantity that expresses the internal forces that neighbouring particles of a continuous material exert on each other, while strain is the measure of the deformation of the material.

Our vast experience in the sector has been developed over years of collaboration with various engineering companies. Since we are able to assess a wide range of plant types (power, chemical, oil & gas, etc.) it is within our capacity to deal with several aspects of planning, including any potential checks on existing plants should breakages occur or instable situations emerge. Our previous experience also allows us to offer valid support regarding audits on documentation produced during the planning stage. Our technical staff mainly uses CAESAR II software. 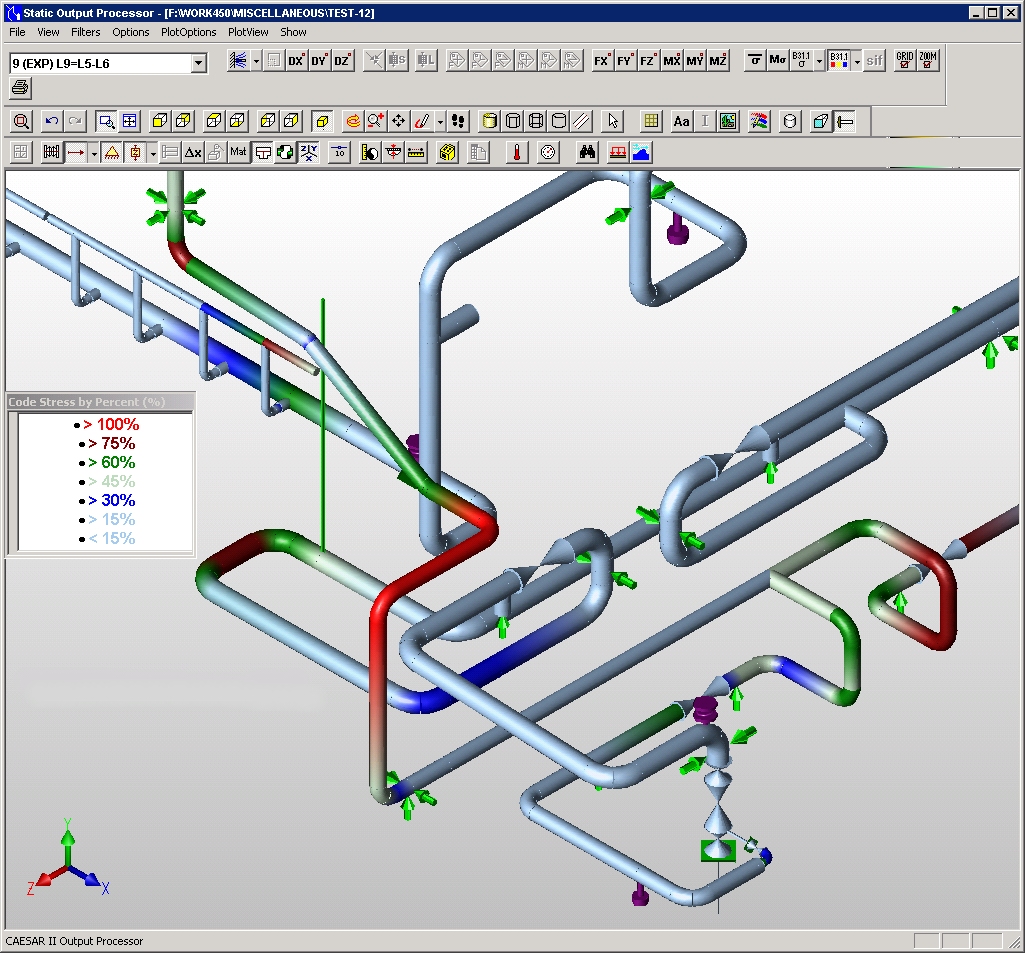 Along with stress analysis checks, our company prides itself on its vast experience in defining and dimensioning support for plant tubing.

The support has a very important function in the realization of a plant, since it is the component that allows the pipes to move freely due to thermal expansion, vibration or settling of the pipes themselves.

In the design, the dimensioning process consists in identifying the nature of geometric parameters, physical etc. that characterize the work to be carried out and that guarantee at the same time the full functionality in accordance with the technical specifications.

Structural analysis is the determination of the effects of loads on physical structures and their components. Structural analysis employs the fields of applied mechanics, materials science and applied mathematics to compute a structure’s deformations, internal forces, stresses, support reactions, accelerations, and stability. The results of the analysis are used to verify a structure’s fitness for use, often precluding physical tests.

Structural checks on finished parts, checks on pressure vessels in accordance with European, ASME and API 650 regulations. Creation of basic and detailed engineering documentation for: 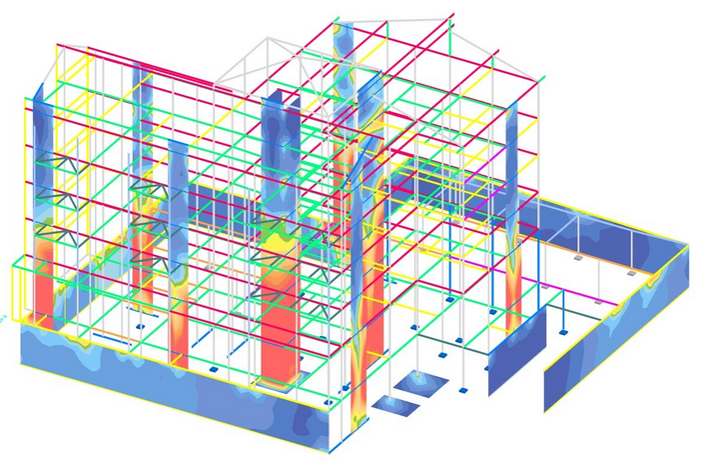 The finite element method (FEM) is a numerical method for solving problems of engineering and mathematical physics. It is also referred to as finite element analysis (FEA). 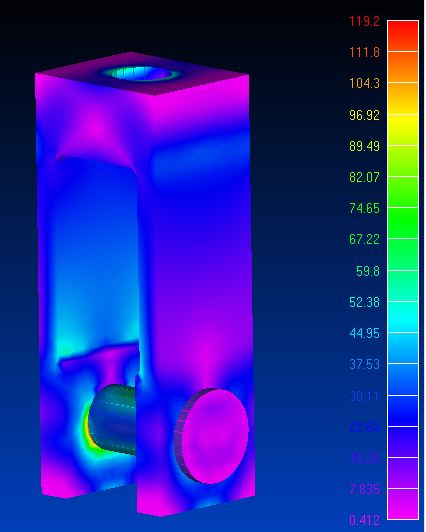 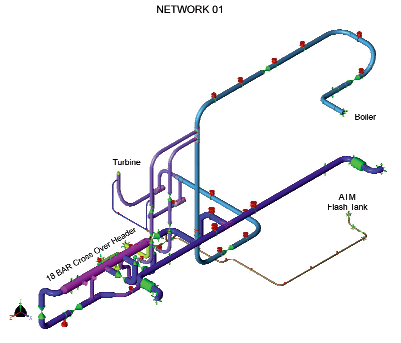 The purpose of the methodology is to allow the plant, after several years of operation, to return in the optimal design conditions through the following steps:

A pressure vessel is a container designed to hold gases or liquids at a pressure substantially different from the ambient pressure. Pressure vessels can be dangerous, and fatal accidents have occurred in the history of their development and operation.

The verifications can be conducted, as well as the operational stability (pressure and temperature), even on occasional loads effects such as wind and earthquake. 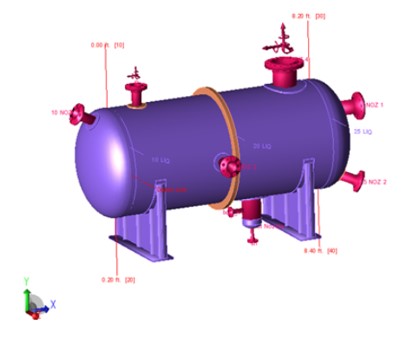 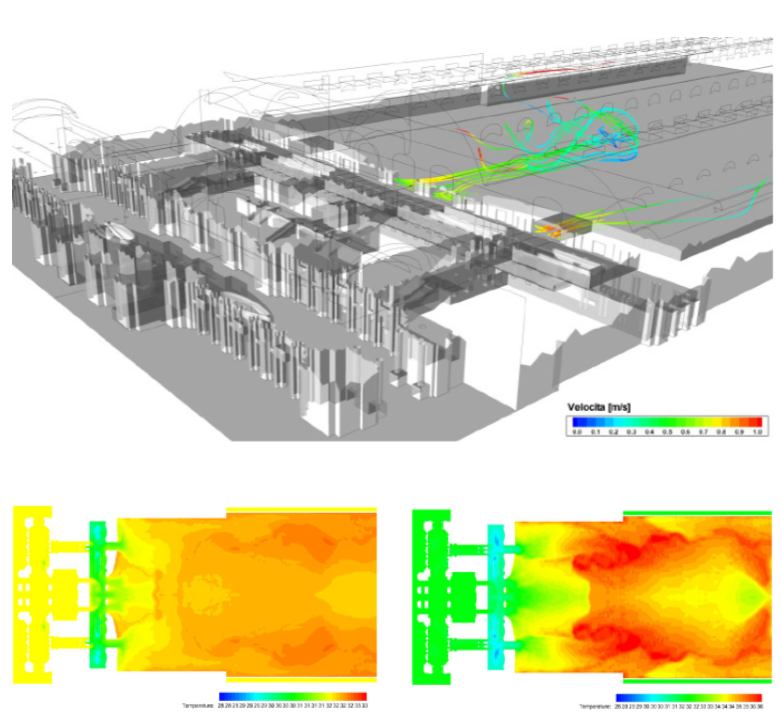 Computational fluid dynamics (CFD) is a branch of fluid mechanics that uses numerical analysis and data structures to analyze and solve problems that involve fluid flows. Computers are used to perform the calculations required to simulate the free-stream flow of the fluid, and the interaction of the fluid (liquids and gases) with surfaces defined by boundary conditions. With high-speed supercomputers, better solutions can be achieved, and are often required to solve the largest and most complex problems. Ongoing research yields software that improves the accuracy and speed of complex simulation scenarios such as transonic or turbulent flows. Initial validation of such software is typically performed using experimental apparatus such as wind tunnels. In addition, previously performed analytical or empirical analysis of a particular problem can be used for comparison. A final validation is often performed using full-scale testing, such as flight tests.

CFD is applied to a wide range of research and engineering problems in many fields of study and industries, including aerodynamics and aerospace analysis, weather simulation, natural science and environmental engineering, industrial system design and analysis, biological engineering and fluid flows, and engine and combustion analysis.